Your Future Office: It’s Not What You Predicted

People think about the future a lot, and that is especially relevant nowadays. The world is adapting to the changes that have been wrought by the pandemic. One of the major ways it is affecting us is how we work. The traditional office that we see on TV shows like The Office and 30 Rock are going to be a thing of the past. No more packed cubicles, no more conversations at the water cooler. But while people are focused on the work-from-home aspect of things, you can still expect an office in the future.

There Will Still Be An Office

One thing is clear though: offices will still be here. Even the big tech companies that were very much for work-from-home operations are calling back employees. The problem is the sheer momentum of the idea of the office. People went to work at an office for most of the 20th century. This means that there has been a lot of investment in the office.

You can’t expect people to abandon millions of square feet overnight. Companies need to get their money’s worth, so you’ll see people coming back into these offices. But there will be some big differences.

For one, you can expect a lot fewer people. While businesses are gearing up their offices to operate again, they are doing it slowly. They only expect a few employees to come in. For example, Salesforce has people working in shifts while Apple only expects its workers to come in a few days a week. The public areas of the office like the kitchen and break rooms, will not be open at all.

The changes in the office workspace are allowing people to reevaluate the purpose of the office. In the future, the office will not be the space where people have to go to work with set hours. The new purpose of the modern office is that it is a place for collaboration and learning. While people can still get together on Zoom and other digital platforms, people still need to meet with each other face-to-face.

There are several ways to implement a new office. For start-ups, they can still work on a fully-remote model. There are a few industries where this is possible, and it can be a big help for companies who are just opening their doors. Not needing to pay for office space can be a big budget saver.

The hybrid model is also a favorite. This is when workers have to come into the office for a few days of the week for collaboration and team updates. The rest of the week, they work on their own. Another option that companies can choose is to use a hub-and-spoke model. The main office is the central hub for training and collaboration, as well as building the company’s culture. The spokes are smaller regional offices. While employees can go to the main central hub, they primarily work within the satellite offices, with a smaller employee count and minimal contact. 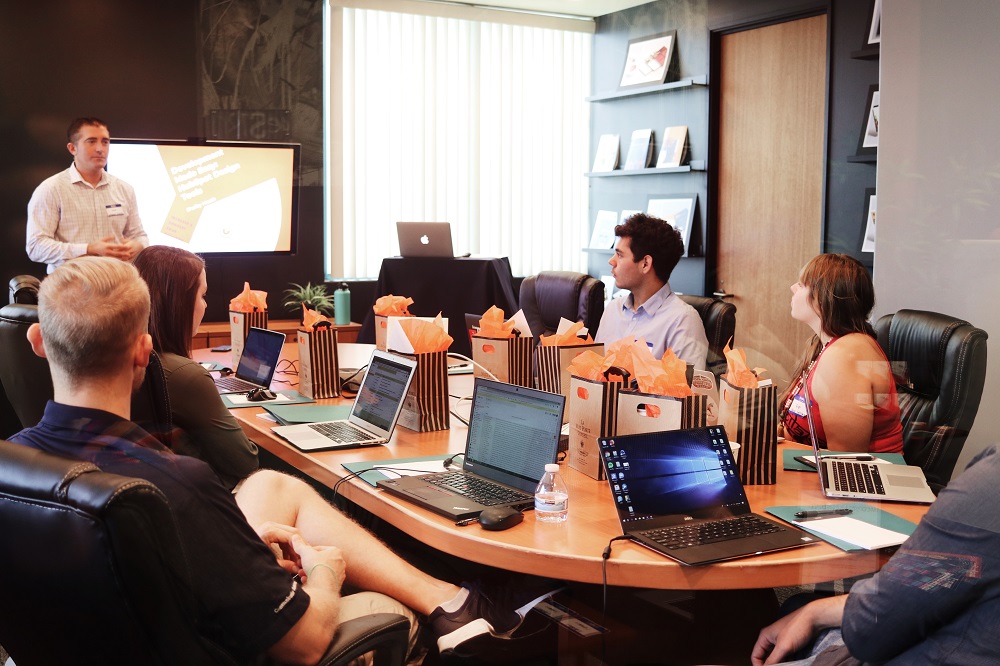 Besides an overhaul of the purpose of the office, we can also expect changes in the design of offices and the implementation of new technology. When people go back to their offices, they will notice that the desks will be a lot further apart. This is to stop contact transmission, with the minimum distance being six feet. There will also be wider corridors that allow only allow one-way foot traffic. No more swaggering walks, finger-gunning your coworker like in Anchorman.

The biggest change will be the use of various technologies to facilitate a lot of office functions. For example, with a simple door access control system installation, you can have automatic doors like in Star Trek that don’t need people to touch the handle. All you need is to put your ID to the scanner, and it will scan and open. You can even have automatic sensors to help with that. That is just the beginning since, with the pandemic still hanging overhead, the goal is to have a zero-contact office. Instead of buttons and switches, you will have touchless controls. Additionally, some offices may even have video conferencing even when all participants are in the building.

The office of the future is going to be a mix of the old and the new. The latest technologies and procedures will require people to adapt to a new normal. But once people become familiar, they will become as productive as they ever were. Some data even hint that they will be even more productive in this post-pandemic world.