Insane Movie Scenarios That Are Threats in Real Life

When we go to the movies to escape, we often like to bask in the fantastical elements that we see on the screen, fully knowing that the terror, excitement, and wonders we see are just that. They are imaginary elements meant to thrill and amuse but will never see the light of day in reality. It’s both a comfort and a pity, depending on the film you’re viewing. That said, many of the biggest hits are exaggerations, but not necessarily impossibilities. There are even specific scenarios that seem so out there if you just read it on paper but are genuine concerns that those in power have safeguards against. Here’s a list of some of the wildest movie moments that could be a major problem in real life:

One of the earliest “hacker films,” the 1983 movie WarGames tells the story of David Lightman, a mere high school student. He ends up unknowingly hacking into a military supercomputer, thinking he’s just gotten a crack for a new video game. He boots the system up with the false idea that it’s merely a war game but soon realizes that he has set a nuclear attack in motion. From there, he has to figure out how to stop the attack and alert the government about the situation.

It seems crazy to think that a basic computer system could be capable of infiltrating such deep networks such as those by the government, especially if it’s supposedly by accident. However, that is a significant threat that cybersecurity systems watch out for. Compensating controls are released and innovated continuously because of the possibility of human error and malicious intent getting into industrial controls that include the defense sector, among others, like power, transportation, government, and water management. All those systems could be attacked by something as simple as an infected USB or social engineering. Hence, there’s the need for solutions and defenses across all tiers of security.

Though the idea of plagues and the like are nothing new, as history has shown us, Contagion seemed like an oversized yet thrilling depiction of the global viral outbreak when it was released in 2011. In 2020, though, the onslaught of the COVID-19 pandemic has shown just how all too real the movie’s premise is. With the virus continuing to thrive and cross-species from animal to human, the film mirrors a reality that humanity is currently battling. In fact, despite the film’s liberties, it may have even been conservative with the panic a pandemic could induce in society. In reality, the world has essentially come to a halt as most people are sequestered in their own homes. Various sectors and industries are shut down despite COVID-19 having a lower mortality rate than the fictional MEV-1. 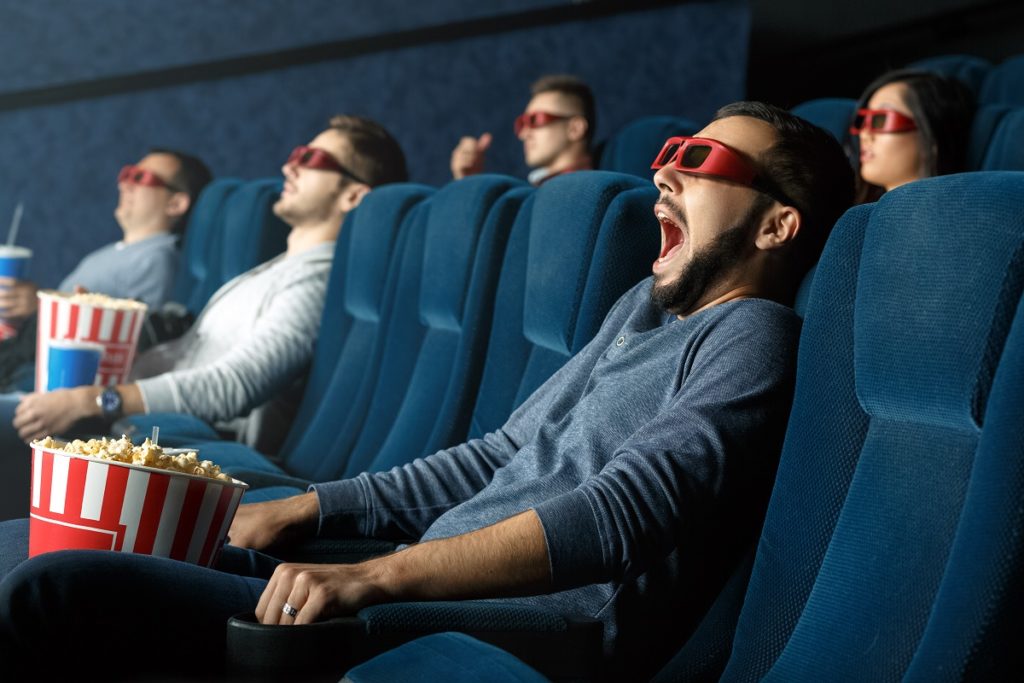 It isn’t about conspiracies on aliens and other lifeforms either, but merely an unexplained instance that scientists would want to monitor to see if there are chemical components that we need to be warier about in this world. The Blob is an outer space being that tries to kill everything in its gelatinous path. While something as grand and altogether terrifying as that has not happened (and hopefully never will in this timeline), the film’s premise is based on a true story.

Basically, during the crisp night hours of September 26, 1950, two police officers in Philadelphia happened upon a descending parachute in the middle of their patrol. Upon closer inspection, the landing site had been encompassed by a large sticky substance that they could not identify. One of the officers touched it (who knows why?), and it left a sticky residue on his hand. They called the FBI and some backup officers to come to the scene. But by the time those arrived, the thing had evaporated into nothingness.

We don’t want to think it real, but the ’70s flick Earthquake tackled a massive disaster with a magnitude of 9.9, and according to scientists, it is entirely possible. The highest recorded earthquake known to us is actually at a 9.5, and that’s the Valdivia earthquake from Chile in 1960. That caused intense tsunamis and the destruction of much of the coastal community, leading to casualties all the way to the Philippines.

Space travel will always have its risks, no matter how careful NASA may be. It’s par for the course to be prepared for bad outcomes, though it’s avoided. Aside from some liberties in outfit choices and the imagery, astronauts and astrophysicists note that the movie’s premise in itself could be a reality. If major debris were to hurtle as they did in the film, it would be much faster, and the astronauts would likely not even see it coming.

As wild as they can be, it’s fascinating to see what movies get right.