History of Cornhole: The Confusing Origins of a Simple Game

Cornhole is such a simple game with relatively uncomplicated mechanics. It has also become such a popular and serious sport that ESPN broadcasts the national cornhole championship. For all its simplicity and current popularity, people cannot seem to agree on its origin story. The theories on where cornhole originated from span continents and centuries, and here are some of them:

Some people attribute the game’s origin to Native Americans living in the Midwest. But instead of cloth bags filled with whole corn kernels and far from the regulation cornhole bags we know today, the people of the Blackhawk tribe of Illinois are said to have played a very similar game using dried pig’s bladder filled with dried beans. However, little to no historical documents or sources can be found to support this claim, as it mostly persists in local legends.

In 14th century Bavaria (part of modern-day Germany), a cabinetmaker by the name of Matthias Kaupermann is said to have witnessed a group of children in his village playing a strange game where they took turns throwing huge stones aimed at a hole in the ground. The stones would ricochet up which would sometimes strike them, and Keupermann found this dangerous. So, he went to his workshop and built the first cornhole set out of his leftover cabinet supplies and small canvas bags filled with corn kernels.

The game seemed to have caught on afterwards. When German immigrants arrived in the US sometime in the 19th century, they are thought to have brought cornhole with them. This might be the reason why cornhole is popular in Cincinnati, since many Germans immigrated to the state in the late 1800s and early 1900s. However, there is also a lack of historical evidence to back this up, and only the company named after Matthias Keupermann mainly perpetuates this claim. 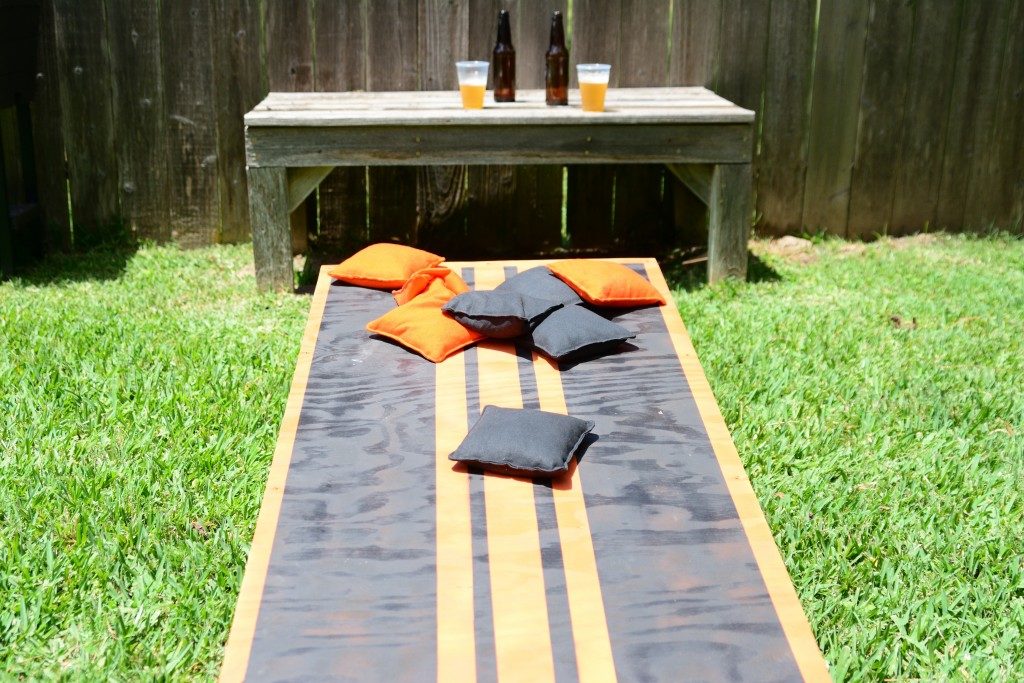 Some Kentuckians say that Jebediah McGillicuddy, a farmer from their state, invented cornhole using materials around his farm. They claim that he initially played it with friends and family, but the game became increasingly popular in his community.

Although there is no sufficient historical proof that Jebediah McGillicuddy indeed created the sport, there are sources pointing to the popularity of a game very similar to cornhole in 1880s-1890s Kentucky.

This version of the origin of cornhole has the most solid historical basis. In September, 1883, the United States Patent Office issued a patent for the game “Parlor Quoits” to a man named Heyliger Adams de Wint, a Harvard alumnus and part of the US during his time (with alleged ties to at least five United States president). But instead of a round hole, the hole of the quoits board is square.

The game De Windt created became so popular that he sold his patent rights to a toy manufacturer in Massachucetts, who then marketed the game as “Faba Baga”. However the scoring is slightly different than cornhole, as the Faba Baga board has two holes of different sizes and scores.

Some say that cornhole is simple and almost universal enough that it is possible to have multiple origins. But whoever created this game, we can mostly agree that cornhole is easy to play and just as easy to enjoy.