6 Types of Biases That Recruiters Should Avoid

Artificial intelligence and better recruitment software tools have made and are continuing to make the hiring process more efficient, data-driven, and consistent. But despite these technologies, a big part of hiring decisions still rely on humans.

Although recruitment technology does an excellent job at minimizing recruitment bias, it does not eliminate it. A lot of recruiters still have a hard time fighting against their own irrational judgments—and worst of all, a lot of biases are unconscious. That said, here are some of the most common hiring biases and how they can happen in the workplace:

Humans tend to want to be around people that they think or feel they share a rapport with. It is simply human nature and not necessarily a bad thing in the workplace. However, similarity attraction bias is something that happens when the recruiter is more inclined to hire candidates based on rapport, or more specifically, the similarities they share with that candidate.

This type of bias tends to offset other qualities of a candidate and often results in inefficient hiring. Fortunately, technologies like an integrity test for hiring can help recruiters base their decisions on more than just their rapport with candidates, and more importantly, avoid hiring unscrupulous individuals.

We, as humans, tend to pass judgment very quickly, and we often do so unconsciously. Recruiters are also guilty of this habit, and some even more so. The moment a candidate walks into the room, a recruiter will have already formed perceived truths about that person within minutes. Confirmation bias is when that recruiter tries to justify or confirm those truths, wanting to support their initial judgment of the candidate, and this can result in missing out on great candidates without any real reason.

Overconfidence bias is closely related to confirmation bias. When a recruiter feels overly confident about their hiring skills, they are likely to commit confirmation bias as well because they believe their instincts are always right. But while intuition or “gut feeling” holds some importance in hiring, it can cloud their judgment and end up with unwise decisions by the end of the interview.

Having good recruitment technology in place can help avoid this type of bias. The right recruitment platform can provide meaningful insights about the candidate based on data alone, which helps recruiters not have to rely on their intuition to make final hiring decisions. 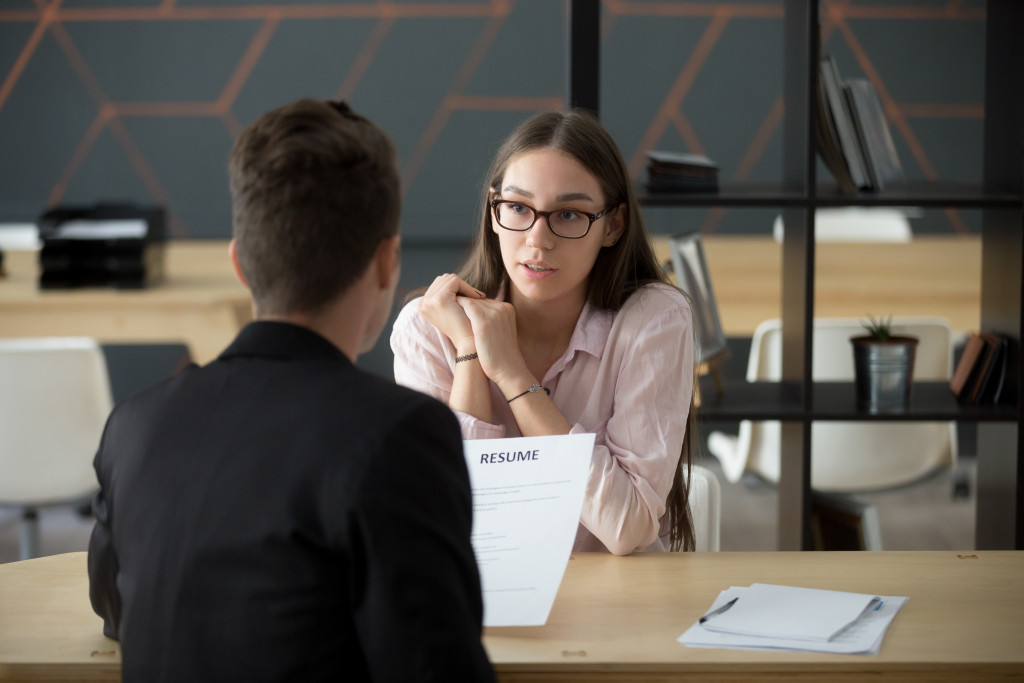 The expectation anchor bias or the anchoring effect results from a recruiter basing their decisions on one particular piece of information about a candidate or a job. For example, if a recruiter is trying to hire another accountant based on the existing accountant’s profile (skills, experience, education, etc.), they may miss out on great candidates because they are inadvertently narrowing the candidate pool. Instead of hiring another accountant, they are essentially trying to hire another copy of the existing accountant.

Recruiters often have to compare candidates to make good hiring decisions. However, this can lead to contrast bias, which happens when a recruiter believes that a candidate is better or worse based on how they perceive another candidate. For example, if the first candidate performs well on the interview, the candidate that follows may be at a disadvantage if the recruiter compares them to the former. As a result, their judgment may remain clouded when interviewing the second candidate, who may or may not be a better fit than the first one.

We’ve long been told that nonverbal cues are a strong representation of who a person is, what their personality is like, or how well they would fit in a company. But although nonverbal cues should be a part of the holistic evaluation of a candidate, they should not drive the hiring decision.

For example, if a candidate has poor posture and does not make good eye contact all throughout the interview, of course, that doesn’t mean that they are unqualified for the position. Every recruiter interprets nonverbal cues differently (and sometimes unreliably), and thus, it is best to focus on measurable criteria to assess candidates (e.g. skills, experience, test results, etc.)

The recruitment process tends to be full of biases. Every recruiter, even the most seasoned ones, may still have preconceived notions about a candidate the moment they walk in the door. With that in mind, companies should invest in recruitment technology that can help minimize these biases—if not eliminate them completely—as well as train recruiters to be aware of these biases so that it is easier to avoid them.